History of the Trust

Sometime in the early thirties the Jews House and some other Norman buildings in Lincoln were being used as rented housing. They did not comply with Public Health Acts and were to be demolished under slum clearance regulations. Seeing the potential and value of these properties, they were purchased by the forerunner of the Society for Lincolnshire History & Archaeology and are now vested in Jews Court Trust.

Other historic buildings on Steep Hill, now regarded as important and irreplaceable, were rescued by Canon Harding, who also battled for the restoration of St Benedict’s church along with Ald Frank Hill, (later to be known as Sir Francis Hill following his wide-ranging skills and achievements).

Clearly, old buildings were just old buildings and not something to be cherished or adding to the character of our city. Also in those recessionary times, there wasn’t a lot of spare money for history. Heritage and Environment were not to the fore as they are today.

Town & Country Planning had not become the industry it is today. Planning Acts did not come into force until 1947 and protection for historic buildings some years later, for example Conservation Areas by the Civic Amenities Act 1967.

It was in this atmosphere that Ald Frank Hill spoke to Lincoln Rotary Club in 1952. Following one of the Club’s aims to foster the environment, their Community Service Committee undertook the task to set up a Civic Trust in Lincoln. This was some two years before the national body came about.

Come the 11th November 1953, the Earl of Ancaster chaired the inaugural meeting and became the first President. Lord Mottison, of the London Society spoke on the need not to make Lincoln a museum piece but to preserve what is of value and mould the future so it does not destroy the character of the City.

The meeting, which was held at the recently restored ‘Cardinals Hat’, was chaired by Rotarian Dick Lucas and speakers included the Mayor, Coun Seeley, the Sub-dean Canon A Malcolm Cook and Ald Frank Hill.’

Other names still associated with the Trust include founders members of our President Richard Lucas and Tony Brogden who continue to play a part in the running of the Trust. 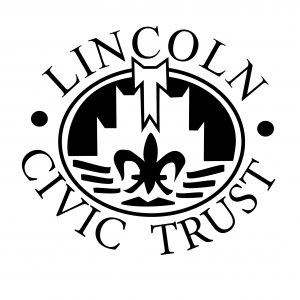